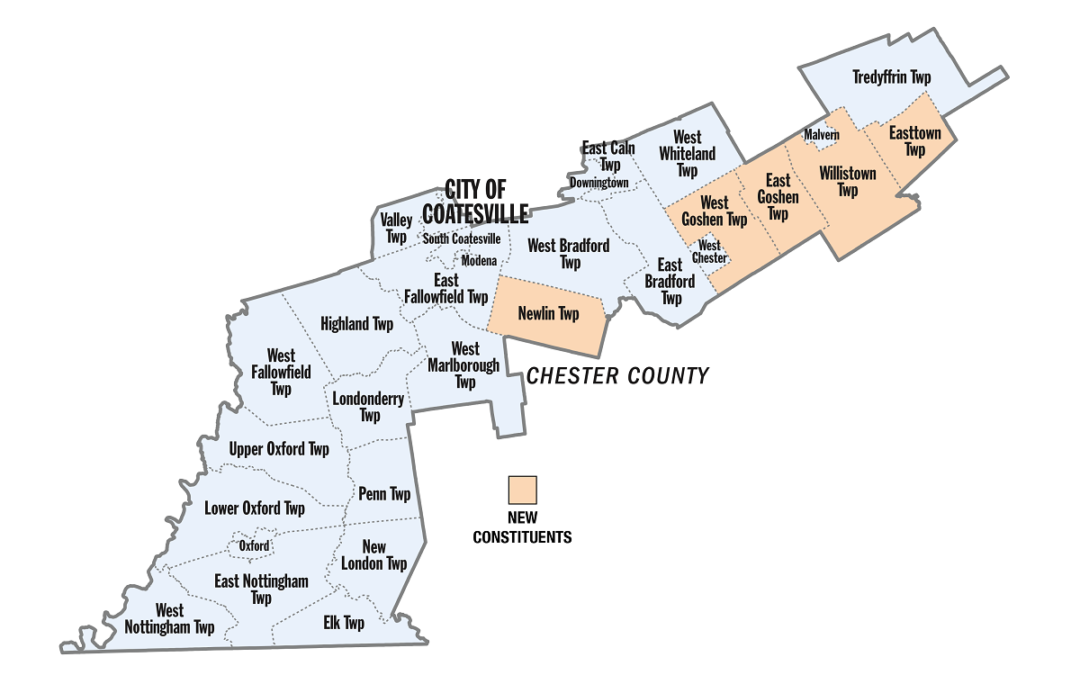 As a result of the legislative redistricting process, new state Senate and House Districts were recently finalized.
For the 19th Senatorial District, the new maps mean the following municipalities would be:
Added:
Removed:

We look forward to again serving East and West Goshen, which Senator Comitta previously represented as state representative for the 156th District, and we’re excited to connect with communities in Easttown, Willistown, and Newlin.

To those constituents and municipalities who will have new representation under the new maps, please know that we have thoroughly enjoyed getting to know you and working with you.

While the new districts officially take effect in December, our office is working with fellow state lawmakers to help ensure a seamless transition of services. Please feel free to contact us with any questions or concerns that may arise.