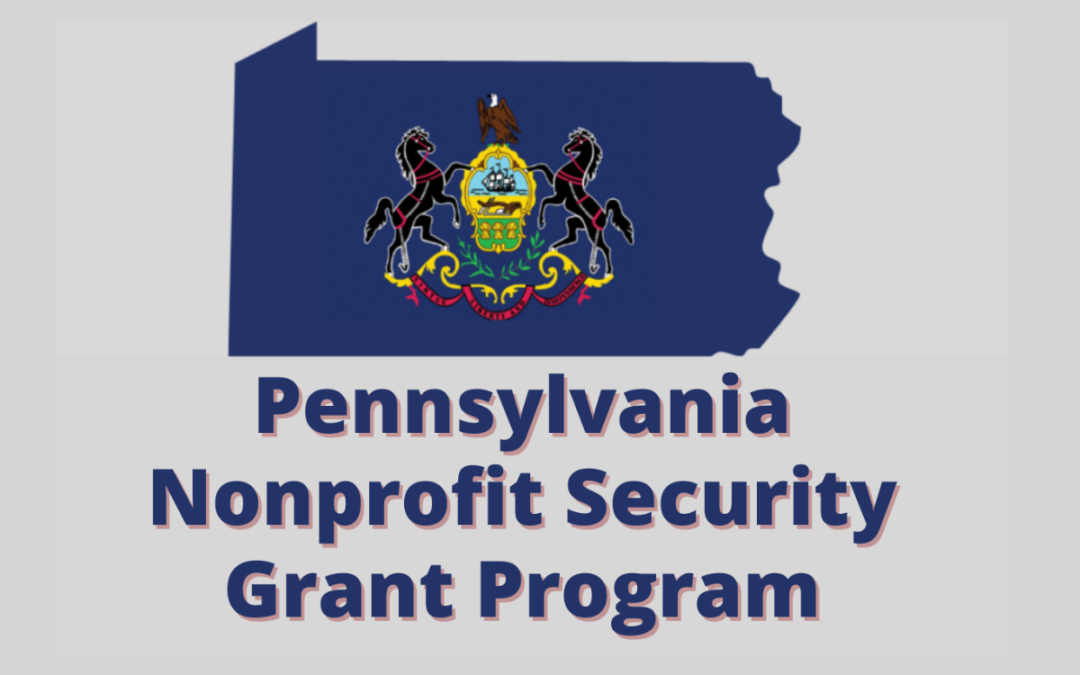 The funds, approved by the Pennsylvania Commission on Crime and Delinquency (PCCD), are as follows:

The Pennsylvania Nonprofit Security Grant Fund Program was established in 2019 to provide grants to nonprofit organizations that principally serve individuals, groups, or institutions that often face bias and hate crimes. Eligible grant projects include a variety of measures to enhance security ranging from equipment and technology upgrades to planning, threat awareness, and response training

“As faith communities across Chester County, Pennsylvania, the nation, and the world, celebrate major religious holidays now and in the coming days, it’s vital that we continue to value, safeguard, and uphold our rights to worship peacefully, safely, and without fear,” Comitta said. “Chester County is home to a strong interfaith community. We value each other and support each other in standing against hate. These funds will help enhance the safety of our friends and neighbors who may be targeted by threats, bigotry, intimidation or violence.”

Masjid Ar Rahman, the only mosque in the City of Coatesville, is currently expanding its facility to better serve congregants and neighbors, said Imam and President Mohammed Jamaluddin

“Masjid Ar Rahman is located in a neighborhood that has seen hate crimes, arson, and break-ins in the recent past. We will use the grant money to improve the security of our new, expanded facility for our congregants and its neighbors,” he said.

Mark Snow, President of Congregation B’nai Jacob said the synagogue will use the funds to invest in the safety and security of its community as a critical initiative.

“Congregation B’nai Jacob is pleased and honored to have received this Security Grant award through the Nonprofit Security Grant Fund Program. This grant will help us further expand our overall security program and initiatives to support our Congregation,” he said

The Pennsylvania Nonprofit Security Grant Fund Program, now in its third year, was established by the legislature in Act 83 of 2019 in response to the 2018 attack on the Jewish community at the Tree of Life, New Light, and Dor Hadash congregations in Pittsburgh. According to the Anti-Defamation League, it is believed to be the deadliest attack on the Jewish community in the history of the United States.

Comitta, then a state representative, voted for legislation (House Bill 859) that established the program.

The Chester County recipients come as part of more than $5.23 million in funding awards to 120 churches, synagogues, mosques, temples, and other nonprofit organizations statewide.

“This is an investment in the safety and security of the diverse communities that are the tapestry of Pennsylvania,” said Gov. Wolf. “It’s unfortunate that hate continues to surface here, hurting Pennsylvanians and tearing apart our communities. I will continue to stand with and support these communities in any way I can.”

Projects that are eligible for funding through the Pennsylvania Nonprofit Security Grant Fund Program include:

PCCD selects awardees in consultation with the Governor’s Office of Homeland Security and the Pennsylvania State Police. Eligible applicants are included within a bias motivation category for single bias hate crime incidents as identified by the FBI’s Hate Crime Statistics publication. The categories include race/ethnicity/ancestry, religion, sexual orientation, disability, gender, and gender identity.

According to data from the Pennsylvania State Police Uniform Crime Reporting System, hate crimes have increased exponentially in Pennsylvania over the past two years. From 2016 through 2019, Pennsylvania saw an average of 88 hate crimes annually. In 2020, incidents of hate crimes rose by 33% to 111. Just last year, there was an increase of 97 percent, bringing the total to 219 crimes.

In January, the governor announced an additional $4.5 million to be allocated to the program from Pennsylvania’s American Rescue Plan Act dollars.

PCCD has issued two previous Nonprofit Security Grant Fund Program solicitations in 2020 and 2021. A total of $5 million in funding was awarded to each cohort for a total of 243 awards announced. Collectively, these funds have impacted more than one million people who are associated with these organizations.

Comitta also said that she will continue to work to ensure that the program is adequately funded in the current state budget process.