Comitta Sworn in as State Senator 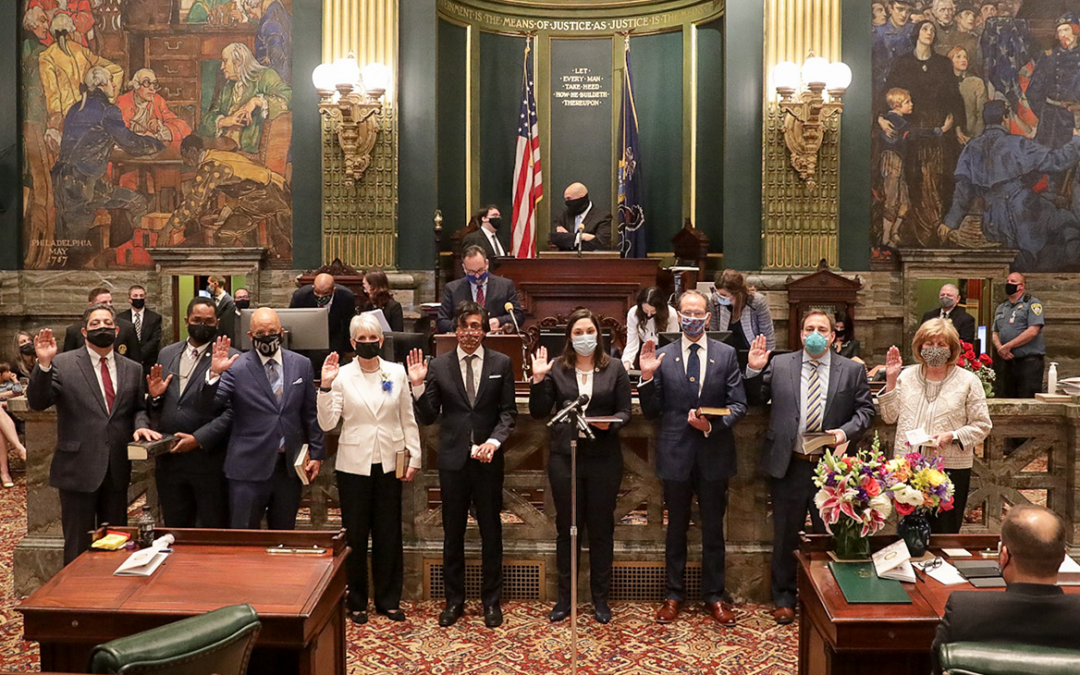 HARRISBURG (January 5, 2021) –State Senator Carolyn Comitta was sworn in today to her first term representing the 19th District. She is the first woman to hold the seat.

“I am honored to have earned the trust of the voters. Public service is a sacred responsibility, especially in a time of crisis,” she said. “The 2021-22 legislative session will be one of challenges, changes, and adversity. But I am hopeful and optimistic that it can also be one of resilience. Pennsylvanians deserve leaders who come together to shape a healthy future for all our children.”

In November, she was elected to the 19th District, the seat vacated by the retirement of state Senator Andy Dinniman.

Comitta was first elected to public office as a member of the West Chester Borough Council. Later, she became the first woman elected mayor of West Chester.