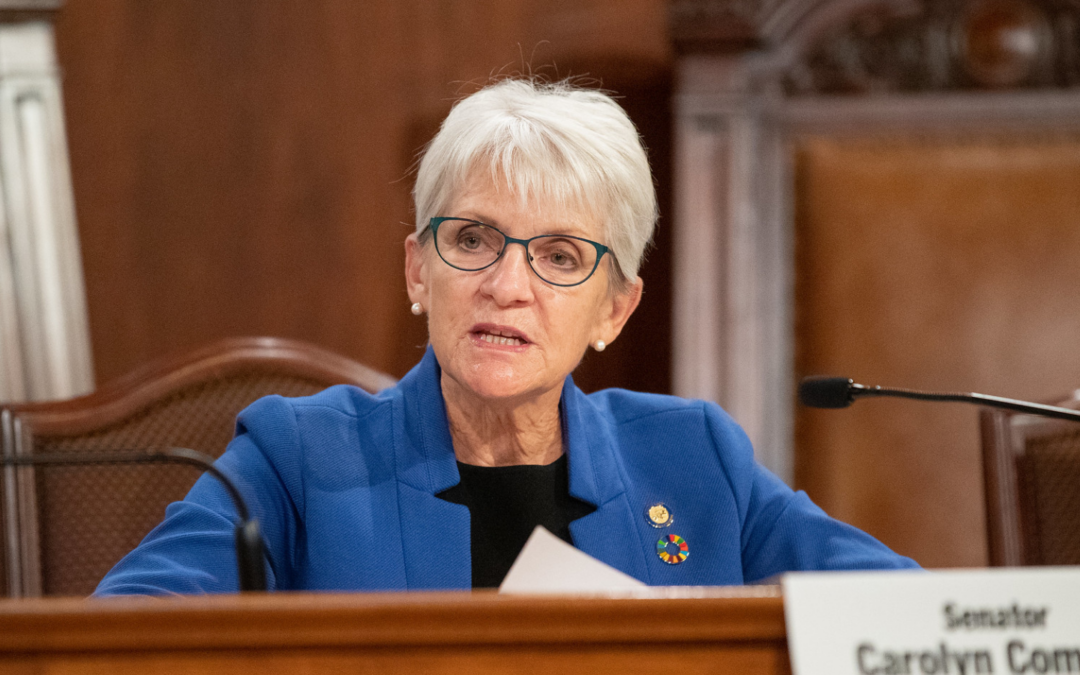 “The Senate Republicans’ attack against the freedom to vote continues. Now, confidential voter data is in the crosshairs.

I saw this beginning on my first day in the state Senate, January 5, 2021, when they tried to prevent one of my fairly-elected colleagues from taking his seat on the Senate floor.  Of course, then we all saw what happened on January 6 in our nation’s capital as a result of hateful rhetoric and an extensive campaign of lies and misinformation.

After continuing to push voter-suppression measures in the legislature, they’re now pursuing an illegitimate, partisan, anti-voter investigation paid for with your taxpayer dollars.

They want the names, dates of birth, driver’s license numbers, and Social Security information of all registered voters without the consent of the individuals and without explaining who will have access to this personal information and what they plan to do with it.

I stand strong with my Senate Democratic colleagues and support legal action against this gross abuse of power. A lawsuit is being filed in the courts to declare Senate Republican actions in violation of the separation of powers.

The forthcoming lawsuit will ask the courts to confirm that the Senate is not the place to conduct an untimely election contest or to undertake an audit that will force election officials to violate federal law and invade the privacy of each and every Pennsylvania voter. The Senate does not have the authority to perform either of those functions.

This is a dangerous game.

The freedom to vote is sacred.

I have always and will always fight fiercely and tirelessly to protect and preserve the freedom to vote.”