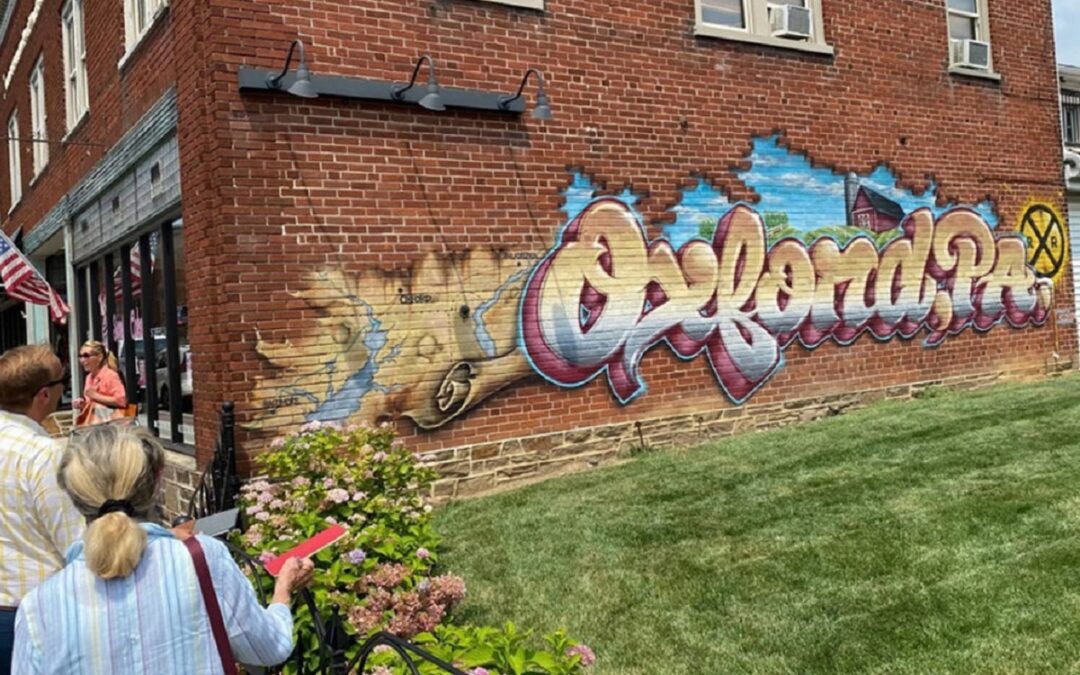 Oxford, Pa – A decades long dream to bring a performing arts space to downtown Oxford is one step closer to reality.

State Senator Carolyn Comitta and State Rep. John Lawrence today announced $2 million in state funding was awarded to Oxford Mainstreet Inc. for the reconstruction of the historic Oxford Theater on Third Street in the heart of the borough.

“The performing arts can be a powerful catalyst for recreation, education, and economic revitalization in our communities. I’m proud to support this project and excited to see the historic theater returned to its former glory,” said state Senator Carolyn Comitta. “As we emerge from the pandemic, places for neighbors and visitors to come together to watch a film, enjoy a concert, or take in a lecture will be more important than ever. The theater will be a welcome addition to Oxford and I look forward to its completion and opening.”

Originally constructed in 1922, the Oxford Theater was one of three movie theaters in Oxford over the years.  After closing in 1956, the facility was partially converted into retail space.  Much of the old theater infrastructure remains behind the retail area.

“This is an exciting day for Oxford,” said Rep. John Lawrence.  “Today’s news is the next step in the continued revitalization of the downtown core, and a recognition of the hard work that so many have been a part of over the last few years.”

Oxford Mainstreet will lead efforts to completely renovate the old theater building into a 12,000 square foot multipurpose facility.  Plans include a state-of-the art auditorium for films and live performances.  Classrooms and studio spaces will be available for rehearsals, classes, and community use.  Work has already begun on The Shoebox, a smaller, secondary theater within a theater that will open shortly.  Plans also include a small café to cater to theater-goers and other patrons.

“On behalf of the Board of Directors of Oxford Mainstreet, and the vision we share with the borough and the great spirit and culture of Oxford, we are most appreciative of this opportunity to use this grant and work hard to bring this project to reality.” said Ed Herr, Chairman of Oxford Mainstreet.  “What a blessing this will be for our beautiful town.”

This is the latest in a series of grants from federal, state, county, and private sources supporting the continued revitalization of the borough.  Over the past several years, Oxford has received millions in funding to support infrastructure improvements including new water lines, sidewalks near the school complex, and the multimodal transit center and parking deck near the Post Office.

“By embracing our history and leveraging our valued partnerships, we are thrilled to begin the next chapter of Oxford’s revitalization,” said Brian Dix, Executive Director of Oxford Mainstreet.  “The Oxford Theater is positioned to once again serve as the community hub for film, arts, and culture.”

“The theater will be great for our community,” said John McGlothlin, President of Oxford Mainstreet.  “Both the economic impact, and the opportunity for great entertainment, is really exciting.  It’s an amazing time to be in Oxford.