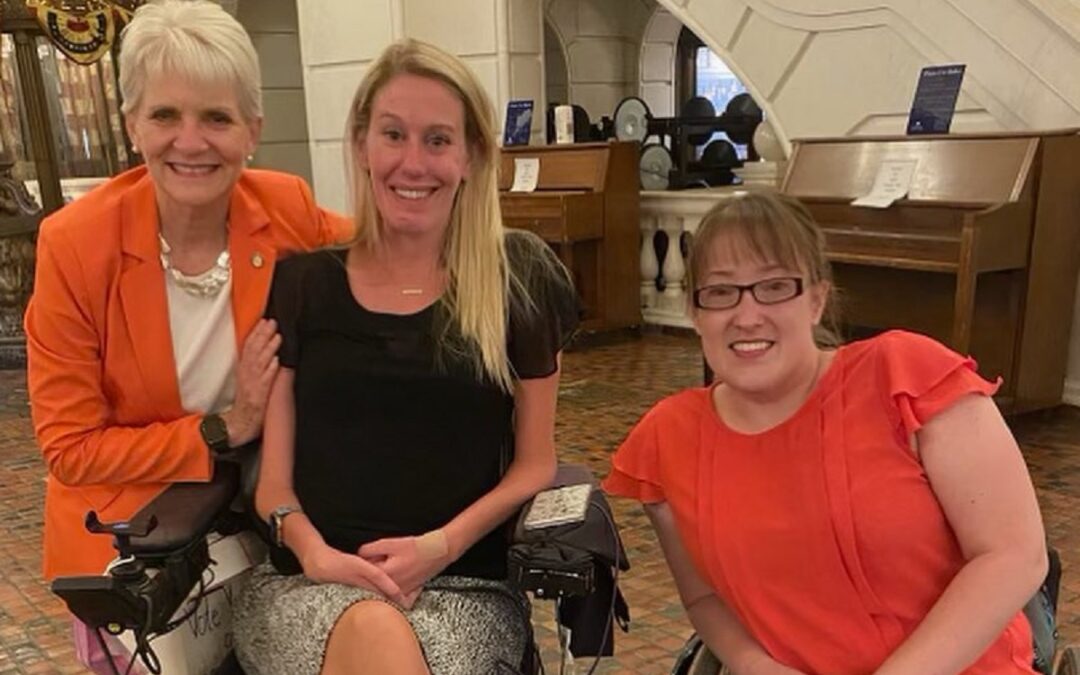 WEST CHESTER (July 28, 2021) – Important legislation to support workers with disabilities in finding jobs and advancing their careers was recently signed into law thanks to the work of state Senator Carolyn Comitta, Chester County-based disability rights activist Jessica Keogh, and many other organizations and advocates across the Commonwealth.

Act 69 of 2021 (Senate Bill 156) increases the earnings allowance for workers with disabilities who rely on the Medical Assistance for Workers with Disabilities (MAWD) program. MAWD pays for vital home and community-based services, like care attendants, which are not covered by private insurance.

Currently, MAWD services are only available to individuals with disabilities with an income of less than 250% of the federal poverty level and less than $10,000 in savings.

Act 69 creates a new category under MAWD called Workers with Job Success, increasing that cap to 600% of the federal poverty level (roughly $75,000 annually) and allowing individuals to accrue more than $10,000 in countable assets since their initial eligibility.

Under the new law, workers with disabilities who quality for MAWD will continue paying a monthly premium for their services. Those earning more than 250% of the federal poverty level will pay 7.5% of their income to cover their health care (a 2.5% increase from the current contribution), rather than losing eligibility altogether.

Comitta, who serves on the Senate Health and Human Services Committee, credited the persistent efforts of Keogh, who runs the nonprofit organization, Faith Above My Ability, and other disability rights advocates for pushing the bill over the finish line.

Senate Bill 156, introduced by Senator Bob Mensch, unanimously passed the Senate in May. It was briefly held up in the House Appropriations Committee before receiving unanimous approval in late June.

“This week we celebrated the 31st Anniversary of the Americans with Disabilities Act, but there is still so much work to do to ensure fairness, equity, and equal opportunities for our friends and neighbors living with disabilities,” Comitta said. “People with disabilities shouldn’t have to choose between the services they need and a raise or a promotion. Everyone should have a right to pursue their career goals to the fullest. Thank you to Jessica and all the advocates and organizations who worked to make it a reality.”

Comitta said she hoped the new law would encourage more individuals to consider job opportunities or return to work without fear of losing vital benefits. In Pennsylvania, only 35% of people with disabilities are working, with only 21% working full time.

Keogh thanked Senator Comitta for her work and reflected on her extensive efforts advocating and lobbying for the new law.

“It has been quite a journey advocating for Senate Bill 156, and as a working professional with a physical disability, I am so grateful for this legislation! Senate Bill156, now Act 69, allows me to continue working as a special education teacher while receiving the home and community support that I need in order to get to work,” she said. “Everyone deserves to work and contribute to society and I’m glad my students will have disability representation. A special thank you to Senator Comitta for her support over the years as we have been educating and advocating for disability rights!”

Keogh said she hopes to hold an educational event for people with disabilities on Act 69 and changes to MAWD.