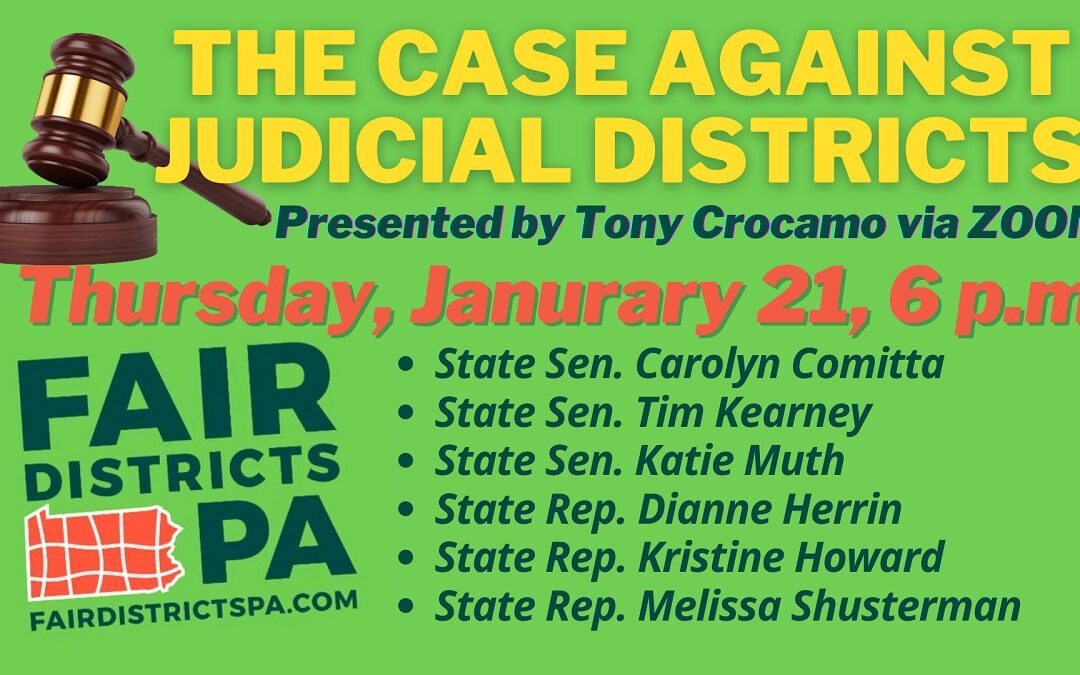 State Senator Carolyn Comitta is partnering with Fair Districts PA tomorrow for a special, virtual presentation on a proposal currently moving through the state legislature that would fundamentally change the way we elect appellate judges in Pennsylvania.

The special, virtual presentation, “The Case Against Judicial Districts,” by Mr. Tony Crocamo of the Fair Districts PA Advocacy team will be presented online via Zoom on Thursday, January 21 at 6 p.m.

House Bill 38 would change the process so judges are elected by regional or district elections instead of a statewide vote.

“It’s important that residents and voters understand the substantial changes being proposed and the potential for opening up the judicial election process to political influence and gerrymandering,” she said. “I want to thank Fair Districts PA, a nonpartisan organization, for offering this presentation and continuing to be a leader in the fight for transparency, impartiality, and government by, for and of the people.”