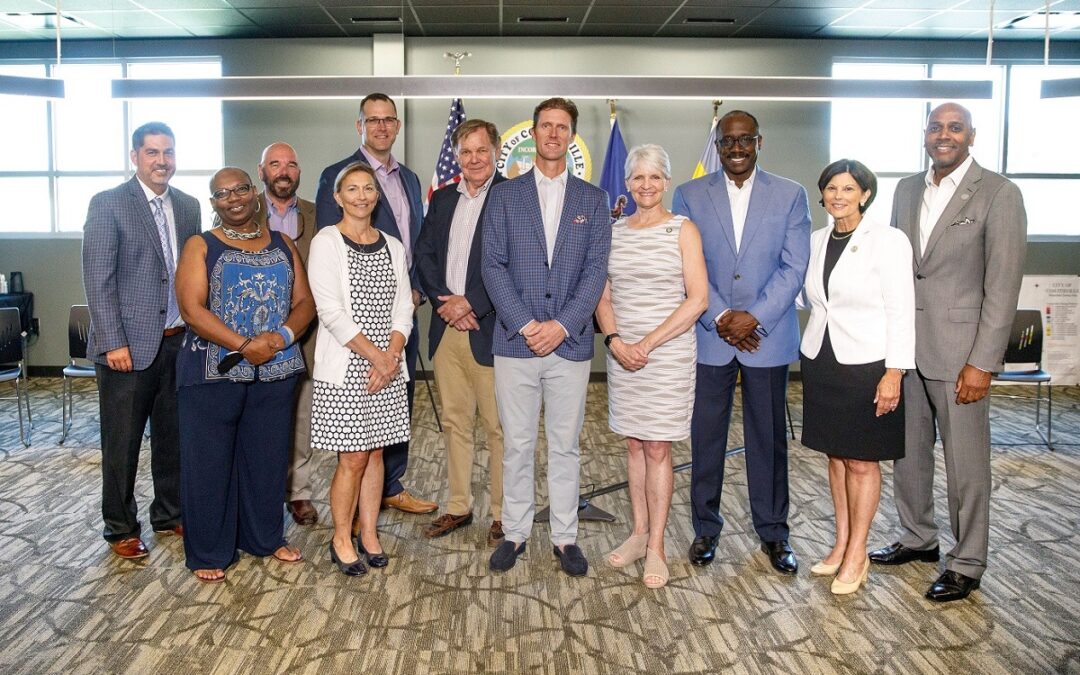 The funds, including a $3.6 million state grant and a $5.4 million loan, will support IDG Development’s plans to develop the National Sports and Events Center (NSEC), on an approximately 25-acre site known as the Flats located at the city’s gateway. The project is expected to result in about 350 new jobs, including 100 permanent jobs. In addition, it is projected to drive $18.5 million annually in new direct spending after three years of operation.

“This is an opportunity for jobs, economic investment, and business growth for all Coatesville residents,” State Senator Carolyn Comitta said. “Coatesville’s revitalization has been a long time coming and we still have a way to go. As our progress continues, we must continue to work to ensure that Coatesville residents, businesses, and families are prepared to seize the opportunities that come with revitalization projects like this.” “The idea that Coatesville is rising is now a reality,” state Rep. Dan Williams said. “This project is something much bigger than a building – it represents the reaffirmation of the City of Coatesville’s value and an investment in people as well as place. It is a continuation of our work toward sustained economic growth that provides for the flourishing and well-being of Coatesville and the surrounding municipalities.”

“This is a major foundational step that will add a lot of momentum to Coatesville’s economic growth and that will repurpose an area in the heart of the city that holds historic importance,” Moskowitz said. “The state funding underpins the site work necessary for the National Sports and Events Center and all that is planned to go with it for the next phase.”

She also highlighted that, in addition to benefiting the city and the people of Coatesville, the project would attract tourism dollars to Chester County by bringing mainstream and high-profile sporting events.

The NSEC would house the first indoor velodrome on the East Coast, offering bicycle track racing, training and development for local, Olympic, and world-class caliber athletes. The 245,000-square-foot project includes, in part,  a 2500-seat arena, 12,000 square feet of supportive retail space, 8,000 square feet for a sports medicine provider, and a 10,000-square-foot sports performance facility. A hotel conference center is also planned to be constructed adjacent to the NSEC facility.

The project is being developed by IDG Development, a Coatesville-based joint venture led by New Heritage Properties of Coatesville. IDG’s principals are Rick Mayer of Guilford, CT and Crosby Wood, Patrick Kinzeler and David Chauner of Chester County.

“The state grant funding and loan are critical for galvanizing this project, and we appreciate the collaborative ‘all-hands-on-deck’ efforts by the Coatesville community and leadership members from the City, County and State,” said Crosby Wood, Project Manager and Managing Partner of IDG Development.

Wood noted that the center would also offer opportunities for youth programs through a partnership with the Boys and Girls Club of Philadelphia.

“This grant is a major step in getting the wheels in motion for development of the National Sports and Events Center,” said David Chauner, Managing Partner IDG Development.

“The center will bring value to the City of Coatesville and the region by serving as a destination hub for exciting cycling events as well as family entertainment, community events, and youth development.”

Last year, Coatesville City Council approved the sale of the Flats, the city’s largest parcel. Previously home to the G.O. Carlson Steel Company plant, the Flats had been eyed for development for years.

City Councilman Ed Simpson, representing the First Ward where the site is located, personally thanked Wood and praised the development team and members of the Coatesville Redevelopment Authority for their determination in supporting the project.

“Persistence and perseverance and this team never giving up is the reason we’re here today making Coatesville a better place,” he said.

“We are one. We work together,” she said. “I love that fact that everybody locks arms. This is the only way that we could be at this point in our journey and working together makes all the difference.”